My latest column for Bridges is out and it is titled, The Origins of "Basic Research." Here is how the column starts out:

In any discussion of government science policies, it rarely seems to take long for someone to invoke the notion of "basic research." For instance, writing in The Washington Post last month, Alan Leshner, CEO of the American Association for the Advancement of Science, and US Representative Jim Cooper (D-TN) announced the "Golden Goose Awards" to "recognize the often-surprising benefits of science to society." 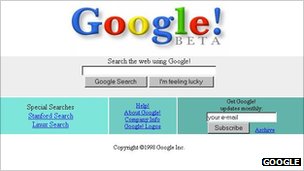 In their appeal for more funding for scientific research, Leshner and Cooper argued that: "Across society, we don't have to look far for examples of basic research that paid off." They cite the creation of Google as a prime example of such payoffs: "Larry Page and Sergey Brin, then a National Science Foundation [NSF] fellow, did not intend to invent the Google search engine. Originally, they were intrigued by a mathematical challenge ..."

The appealing imagery of a scientist who simply follows his curiosity and then makes a discovery with a large societal payoff is part of the core mythology of post-World War II science policies. The mythology shapes how governments around the world organize, account for, and fund research. A large body of scholarship has critiqued postwar science policies and found that, despite many notable successes, the science policies that may have made sense in the middle of the last century may need updating in the 21st century.

In short, investments in "basic research" are not enough. Benoit Godin has asserted (PDF) that: "The problem is that the academic lobby has successfully claimed a monopoly on the creation of new knowledge, and that policy makers have been persuaded to confuse the necessary with the sufficient condition that investment in basic research would by itself necessarily lead to successful applications." Or as Leshner and Cooper declare in The Washington Post: "Federal investments in R&D have fueled half of the nation's economic growth since World War II."

A closer look at the actual history of Google reveals how history becomes mythology. The 1994 NSF project that funded the scientific work underpinning the search engine that became Google (as we know it today) was conducted from the start with commercialization in mind: "The technology developed in this project will provide the 'glue' that will make this worldwide collection usable as a unified entity, in a scalable and economically viable fashion." In this case, the scientist following his curiosity had at least one eye simultaneously on commercialization.

To read the rest head here.  To read the underlying research paper see it here in PDF. All of my past Bridges columns can be found here. And to read the latest full issue of the always-excellent Bridges, go here.
Posted by Roger Pielke, Jr. at 10/16/2012 10:12:00 AM
Email ThisBlogThis!Share to TwitterShare to FacebookShare to Pinterest
Newer Post Older Post Home