Long-time readers may recall an Australian government researcher who in 2009 was prohibited from publishing a critique of cap-and-trade in a leading economics journal.  Here is how it was recounted at the time:


A MESSY public quarrel between the CSIRO [note that CSIRO is Australia's national science agency and a world leader in research] and one of its employees came to a dramatic conclusion yesterday, with the ecological economist Clive Spash resigning and calling for a Senate inquiry to examine claims of censorship at the science body.

Dr Spash yesterday lashed out at his former employer, saying it had treated him ''extremely poorly''. He said the organisation had gagged his views on emissions trading schemes.

The spat centres on a paper Dr Spash wrote, The Brave New World of Carbon Trading, which criticised cap and trade schemes, such as that proposed by the Rudd Government.

The CSIRO refused permission for the paper to be published in the journal New Political Economy because it deemed it in breach of the CSIRO charter, which prevents staff from publicly debating the merits of government or opposition policies.

The CSIRO's chief executive, Megan Clark, later agreed to publish the paper, subject to amendments she would negotiate with Dr Spash. But last week - under pressure from Coalition and Greens senators - the Science Minister, Kim Carr, tabled in the Senate an unamended version of the paper, which Dr Spash, 47, had released in his private capacity, in breach of CSIRO policy.

This week a member of the Australian Senate, Richard Colbeck (Liberal from Tasmania) in a series of questions asked the government to clarify its more recent advocacy efforts involving government experts in the context of its seemingly different behavior in the case of Clive Spash (here in PDF):


Dr Spash sought to publish a paper that did not meet CSIRO’s scientific standards without the
approval of CSIRO, which is required under CSIRO’s publication policy. The issues related to
Dr Spash were not about the content of his paper, nor were they related to any public comments regarding his paper. The issues that CSIRO sought to resolve with Dr Spash focused on ensuring that his paper met the standards required of a scientific paper from CSIRO as well as the requirements set out under the Public Research Agency Charter, which they did not.

CSIRO’s internal review concluded that the original paper did not report new research or present empirical evidence to support all of the authors’ conclusions. The paper was also viewed as offering opinion on matters of government policy by applying a critique of neoclassical economic theory to the ETS. . .

In a nutshell, the Australian government's position would effectively prohibit policy-relevant research by CSIRO that offers an "opinion on matters of government policy" -- which is certainly a form of policy research potentially most useful to decision makers. 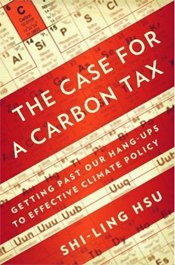 The Australian government's inconsistent approach to policy research is related to similar issues in the US, such as with respect to NASA under the Bush Administration and HHS under the Obama Administration. In all of these cases, effective policy making and the integrity of scientific institutions are best served by openness and tolerance of diverse points of view.

CSIRO (and NASA and HHS) should let the scientific community decide via peer-review (imperfect no doubt) what research is worth publishing. Any political litmus test of acceptability should be eschewed.
Posted by Roger Pielke, Jr. at 12/01/2011 06:49:00 AM
Email ThisBlogThis!Share to TwitterShare to FacebookShare to Pinterest
Newer Post Older Post Home