The Leviathan Tax, A Guest Post by Richard Tol 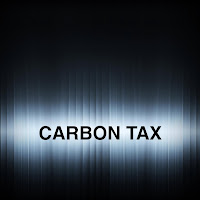 Note: Richard Tol, an economist at the University of Sussex, has a new paper out on carbon taxes, with important implications for policy. He graciously agreed to write up this guest post with an overview of the paper and a discussion of its implications. Reactions and questions are welcomed in the comments.

The Leviathan carbon tax equals the total tax take times the inverse of the carbon intensity of the economy. I used the World Bank’s Development Indicators. Economic data are in constant 2000 US dollars, using market-exchange rates. Carbon dioxide emissions are for fossil fuel combustion and cement production only. I used data for 2005, the most recent year with almost complete coverage. Data and graphs are here.

What does this imply? Following the results of EMF22, a stabilization target of 650 ppm CO2 equivalent would require a 2015 carbon tax of $6/tCO2e, in all countries, on all emissions, of all gases. The carbon tax would rise over time with the interest rate plus 0.6%. A target of 550 ppm CO2e would require an initial tax of $29/tCO2e, and a 450 ppm target would need an initial $149/tCO2e tax.

Such a tax would imply a substantial extension of the government budget, even if all other taxes are abandoned, in China, India and Russia. Two-thirds of the US tax take would be from carbon. This is unlikely, and may be unwise. Fiscal experts agree that the tax base should be diverse.

Even a $29/tCO2e, and hence the 550 ppm CO2e strains credibility. Almost 100% of China’s tax revenue would be from climate policy, and almost two-thirds in India. If these countries impose a lower tax, other countries would have to levy a higher tax if the target is to be met.

There are a number of caveats. Carbon taxes have played a minor role in abatement policy, but other instruments can be associated with a carbon tax that has an equivalent effect on emissions (and necessarily a higher cost). The economy’s carbon intensity tends to fall over time, and would fall faster is climate policy is successful. On the other hand, I omit land use emissions and other greenhouse gases. I ignore wider economic effects, which could be quite substantial if all other taxes are abolished. I neglect distributional effects. Carbon taxes are regressive, and the maximum permissible tax would be lower if there were constraints on both the total revenue and the impact of the income distribution.
Posted by Roger Pielke, Jr. at 8/06/2012 06:06:00 AM
Email ThisBlogThis!Share to TwitterShare to FacebookShare to Pinterest
Newer Post Older Post Home