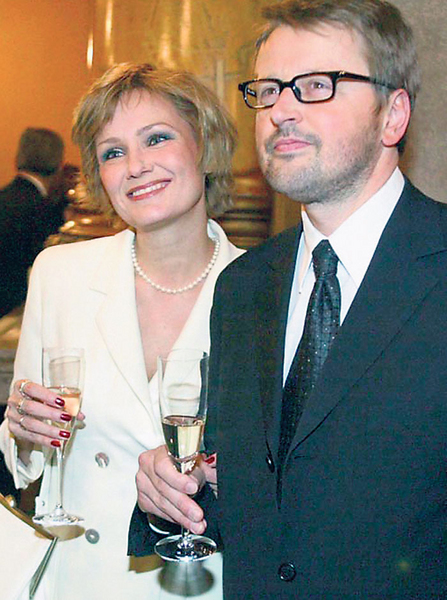 The piece below was published in the Finnish newspaper Helsingin Sanomat during summer 2008 and is by Atte Korhola, professor of environmental change at the University of Helsinki, and Eija-Riitta Korhola, a Member of the European Parliament (pictured to the right). Atte received a bit of unexpected attention over at Climate Audit when some comments that he made in Finnish on a Finnish discussion site were taken friom a longer piece and translated and posted by a Finnish-speaking Climate Audit regular (small world!). Atte and I are collaborators, having worked together on a recent white paper, How to Get Climate Policy Back on Course (Prins et al., 2009, here in PDF).

I thought that it might be worthwhile to share some of the Korholas' very thoughtful views on climate policy, which are well known in Finland, but much less so in the United States. Thanks to Atte for the English translation of the following piece which appeared originally in Finnish.

08.06.2008
Environmental organizations are generally considered experts in preventing climate change although many of their solutions have proved downright destructive, write Atte Korhola and Eija-Riitta Korhola.

Cimate warming greenhouse-gas emissions are increasing much faster than expected; in the 1990s carbon dioxide emissions increased annually by more than 1%, whereas in the 2000s their increase rate is 3.3 %.

A recent article in the Nature magazine claims that the Intergovernmental Panel on Climate Change, IPCC, (that received a Nobel prize for its work) has in fact underestimated the growth rate of carbon dioxide emissions. Particular attention has been paid to the fact that while the carbon intensity of national economies was expected to decrease naturally until now, it is, in fact, increasing.

As desperately as we need efficient measures to control the climate change, it is equally important to choose the right measures, measures that will improve the condition of the atmosphere and, at the same time, are economically viable.

Politicians, energy producers, and industries can well be criticized of narrow-mindedness in their views. However, environmental organizations, such as Greenpeace, WWF, Friends of the Earth, and the Finnish Association for Nature Conservation are usually seen as forerunners in environmental matters. As their views often have a considerable impact on climate policy, it is time to examine the solutions they offer critically.

As far as climate change prevention is concerned, the solutions that environmental groups favour are beginning to look out of date and inadequate – and often downright destructive to the environment.

One example is the fact that these organizations opposed the inclusion of carbon dioxide sinks, such as tropical forests, and reforestation to the Kyoto Protocol as a form of carbon offset. They justify their opposition by the fact that, for them, decreasing emissions is the primary target. It was only in the UN Climate Change Conference in Bali last year that controlling deforestation and increasing forest restoration were accepted as means of controlling climate change, mainly thanks to developing countries.

Considering that as much as 20 % of human-induced greenhouse gas emissions come from logging tropical forests, decreasing deforestation is one of the most powerful tools in combating climate change. In addition to increasing deforestation, opposition from the environmental organizations also delivered a blow to developing countries: they were denied any economic incentives to preserve their forests.

Only recently have environmental organizations started to accept the idea that it is too late to stop climate change completely, and that political measures should also be aimed at preparative actions. Both are necessary: emissions must decrease for the sake of future generations, and adaptation to change for the sake of current generations. Delays may already have resulted in worsening living conditions as well as destroying nature and extinction of some species, especially in developing countries. Dogmatism based on ideals has already cost too many lives, particularly in the poorest countries.

Similar dogmatism is common in the views of environmental groups; they are against using waste as a source of energy as they believe it will deter preventing the generation of waste. They also oppose developing nuclear fission and fusion energy, as they are afraid it will increase energy consumption and slow down the development of renewable forms of energy.

Environmental organizations supported the increased use of field energy and bio fuels for a long time, as can be seen in their vision from 2006: “Climate target 2050: paths to low-emission society”. However, the side effect of the bio fuel boom it created was gloomy, and, once again, the victims were the poorest countries: world market prices of many basic foods have doubled or even tripled during the last three years – mainly due to increased demand of bio fuels.

According to a recent article published in Science magazine, it would take 400 years to pay off the global “carbon debt” caused by changes in land use induced by field energy production.

The concern environmentalist groups are showing now, about the sufficiency of bio fuels and the environmental hazards created by the ever-growing palm oil production in particular, is unfortunately late.

More unfortunate mistakes: accepting to increase renewable energy sources in a tight time frame without criticism may drive Finland and the whole of Europe into large-scale wood burning, the environmental impacts of which – in addition to the poor energy balance of log burning– can be ecologically unpredictable. In addition to these hazards, decentralized wood burning may increase the number of deaths caused by fine-particle emissions in Europe, which is already considerable.

Although the share of wood biomass in our energy production can be increased considerably, one would expect to hear the environmental groups’ views on the risks excessive felling can cause to the wellbeing of forests. According to a study carried out by the UN Economic Commission for Europe (ECE), UN Food and Agriculture Organization (FAO), and the University of Hamburg, wood consumption will be 453 million cubic metres in 2020 due to bio energy targets, and there will be a demand-supply gap that is eight times as big as the amount of annual tree felling in Finland.

Another irrevocable change in landscape will be threatening Finland’s unique archipelago if wind energy production is increased as much as the environmental organizations want. It would be short-sighted to promote such changes, especially as technologies are likely to offer ecologically more subtle and, at the same time, more durable solutions in the near future

Therefore it is amazing that these organizations have taken a very negative view against developing such new technologies as fusion power, fuel cell technology, hydrogen economy, and clean coal technology when, in the long run, these new energy systems will be crucial in controlling climate change.

It is necessary to develop the recovery and storage of carbon dioxide, as, according to current forecasts, two thirds of world’s energy will continue to be produced by fossil fuels until the mid century. Several new coal plants are being built in Europe, particularly in the countries that prefer wind power.

Using clean coal is necessary particularly in China whose main power source are still coal plants, the emissions of which in 2030 are estimated to be equal to those of the whole world now.

According to every climate and energy survey, technology faces bigger challenges than expected: creating new energy solutions takes up so much resource, it is equal to many Marshall aids. A quick metamorphosis into a zero-emissions society cannot be achieved by imposing bureaucratic and strict laws and regulations, or by increasing the use of renewables alone.

According to the Intergovernmental Panel on Climate Change, IPCC, it is necessary to put every efficient solution into use in order to control the climate change quickly. Energy must be saved, its use be more efficient, and the allocation of renewables must be increased. At the same time, in order to mitigate the amount of emissions we need clean-coal power, modern nuclear power, and, above all, new energy sources need to be developed.

Environmental organizations could play an active role in promoting these alternatives instead of promoting measures that can only lead to the irrevocable destruction of the environment and nature, as they are doing now. Amidst the enormous growth in emissions and discharges, these organizations are like mess boys on The Titanic, more worried about the cleanliness of the deck than the approaching iceberg.

In summary, the role of environmental groups should be clarified. Instead of just listening to their opinions, society often assumes they are the experts, a role that both the press and politicians alike seem to take for granted. However, recognizing and localizing problems does not automatically mean competence nor proficiency in solving them.